Home Advisor was formerly known as Service Magic. Service Magic a 13-year-old company with $205 million in annual revenue officially relaunched as HomeAdvisor. Home Advisors connects service professionals with consumers seeking help with home improvement and repair projects. They help home owners find trusted home improvement contractors.
Home Advisor is the one of the most powerful lead generation tools around. Home Advisors offers customers with expertise and resources from the Home Advisor’s industry-leading service marketing department. Over 80,000 contractors count on Home Advisor. Since 1998, Home Advisor has been helping home improvement professionals generate new business by delivering highly targeted, real-time leads. Home Advisor maximizes marketing efforts by giving businesses total control of their customer experience.
They advertise that over 25 million home owners use their services. They offer homeowners the following features:
1. Free to use – never have to pay a membership fee.
2. Service pros pass a criminal and background check.
3. They can offer over 2 million ratings and reviews from home owners.
4. They have 24/7 emergency home owner support.
How Does It Work?
Steps: The customer tells about their project.
1. The customer selects a category for their repair or project.
2. The customer is then matched to the right pro for the job.
3. The customer receives four pre-screened pro reviews.
4. The customer selects a service pro.
5. Home Advisors sends the customer information to the service pro.
6. The service pro contacts the customer.

Link to their Web site: http://www.homeadvisor.com/how-it-works/
Their Web site is very informative and customer friendly. Its Suite of Tools allows you to review their Cost Guide, Resource Center, and Home 911 feature.
The Cost Guide feature allows you to review typical costs for project under these categories: Home Spaces, Home Features, Home Professional, and Home Solutions.
The Resource Center provides a list of articles and advice on projects.
The Home 911 section provides you with a Download Feature for your iPhone that allows you instant access to their service pros…
Cons: There have been complaints that customers have received calls from more than FOUR contractors. Some contractors just showed up at homeowner’s door without even calling, and some contractors were overly aggressive.
Note: Remember not all contractors give free estimate on things like repairs. Replacements and remodel projects, yes. But if you are expecting a technician to spend time diagnosing a problem, you will be expected to pay for his knowledge, expertise and time. Technicians don’t usually work on commission, salesman do. Keep that in mind.

How Trane and American Standard were bought by
Ingersoll-Rand 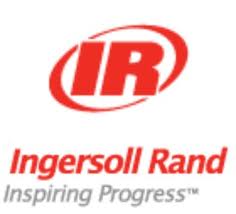 Under the terms of the merger agreement, which was approved by the Boards of

Directors of both companies, Ingersoll Rand acquired all outstanding common stock of Trane. Holders of Trane’s 200 million common shares received a combination of $36.50 in cash and 0.23 Ingersoll Rand shares of common stock per each Trane share. The total value for this transaction was $47.81 per Trane share based on the closing price as of December 14, 2007. The transaction closed in 2008.

This acquisition was a significant next step in Ingersoll Rand’s decade-long transformation to become a leading global diversified industrial company, with strong market positions across the climate control, industrial and security markets. It is expected that the acquisition of Trane meets will increase consistency of revenue and income streams, adding strong brands and market positions, and further strengthening the organic growth potential of our portfolio. Trane’s leadership position in the global commercial and residential climate control industry enhances Ingersoll’s highly regarded Hussmann and Thermo King Brands.

What Did The Trane Buy Out Offer Ingersoll-Rand?

Trane had a large installed base of equipment and systems that provided profitable aftermarket growth potential. Also, Trane was the leading company in the market in North America and was growing strongly and increasing its position in the international markets.

Trane’s systems and services were leading positions in premium commercial, residential, institutional and industrial markets; a reputation for reliability, high quality and product innovation; and a powerful distribution network. Trane had more than 29,000 employees and 29 production facilities worldwide.

On February 1, 2007, American Standard Companies announced it would break up its three divisions. The company sold off its namesake kitchen and bath division and spun off WABCO, American Standard’s vehicle controls division, while retaining The Trane Company. American Standard then renamed itself Trane Inc. effective November 28, 2007.

In 2011, Ingersoll Rand chose the Tyler, Texas plant as one of several Trane locations selected for downsizing. The number of job losses was expected to be 528 hourly positions, a figure that does not include salaried workers. The Tyler plant employed about 1,600 people.

A plant in Lynn Haven, FL. also cut 197 hourly and 15 salaried jobs by the end of last year. Other records show the company in 2009 cut more than 200 jobs at its Pueblo facility to reduce its workforce to about 435 people. The manufacturer of commercial air conditioning systems cut 270 jobs and transferred them to its plant in Monterrey, Mexico.