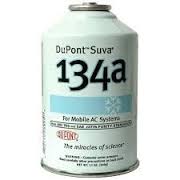 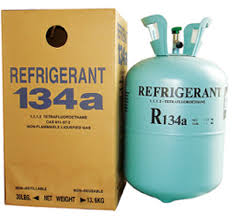 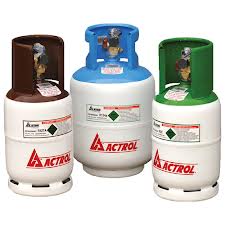 R22 is the most common refrigerant in residential and light commercial A/C applications. It has been phased out due to damage that it does to the ozone layer, so availability is limited to existing stockpiles and refrigerant recovered from decommissioned machines. The sale of new equipment containing R22 drop in replacement has been stopped. However, units R22 compatible to existing system components are shipped “dry”, and then can be charged with R22 when installed. But that still leaves a lot of equipment stranded that is not yet at end of life. Some market players are saying that drop-in replacements are safe and effective. Others are saying no, that the equipment all needs to be replaced with new gear designed around R410a, a higher pressure refrigerant.
Drop-in refrigerants can’t be mixed with R22. Others say it can. There must be a complete flush and replacement which means major service, not just a top-up. Some suggest that using nitrogen to ensure this happens. Despite that effort, there are plenty of situations where the lines are concealed and the evaporator coil is hard to get to. Those parts would need to be replaced with R410a but could be retained with a drop-in replacement.
Alternative Drop-In Refrigerants

Recycled R22 is still available, and able to be used for the repair of existing systems. There are also 2 alternate ‘drop in’ refrigerants that are being promoted as direct replacements for R22. These are both HFC based refrigerants with zero Ozone Depleting Potential manufactured by DuPont.

The manufacturer’s summarized data on these refrigerants are as follows:
1. DuPont TM ISCEON® MO29 (R422D) is an easy to use, non-ozone depleting HFC refrigerant blend of R125, R134a and R600a.
• It is used to replace R22 in a wide variety of high, medium and low temperature refrigeration applications as well as air conditioning and water chiller systems. It has also been used in new equipment and selected ‘flooded’ applications.
• It is a close match to R22 in terms of capacity and efficiency in most systems, but with a significantly lower discharge temperature which may prolong life of the compressor. It is compatible with traditional and new lubricants, providing easy, quick, cost effective retrofits and can be topped up during service without removing the entire refrigerant charge. As it is a blend it should always be removed from the cylinder as a liquid when charging a system.

2. ISCEON® MO59 (R417A) is an easy to use, non-ozone depleting HFC retrofit
Refrigerant blend of R125, R134a and R600.
• It is typically used to replace R22 in direct expansion stationary air conditioning and medium temperature refrigeration systems.
• It has a significantly lower discharge temperature than R22, which may prolong the life of the compressor. In most systems ISCEON® MO59 provides the required cooling capacity and has shown energy savings. However, some systems may experience reduced capacity.
• It is compatible with traditional and new lubricants, providing easy, quick, cost effective retrofits and can be topped up during service without removing the entire refrigerant charge.
• As it a blend it should always be removed from the cylinder as a liquid when charging the system.

It is reported on several web sites that refrigerant leaks are common after replacing R22 with either of the above ‘drop INS. R22 tends to swell the elastomeric seals in the system, a characteristic not experienced with either R417A or R422D. It is recommended that all elastomeric seals which come into contact with the refrigerant be changed during the refrigerant replacement process. As recycled R22 will be available until the end of 2014, there is no legislative need to change to the ‘drop in’
alternatives at present, unless the Ozone Depleting Potential of R22 is of concern to individuals or companies. After this ‘drop in’ alternates will have to be used.

Toshiba: Not tested any replacement refrigerants. Some research has been done on R417A and it was found to give a 6–10% drop in performance and a 15 –25% increase in power consumption. It is also recommended that the mineral oil be replaced with poly oil. At present they have no plans to carry out any further investigations or tests. The use of these replacement refrigerants will be at the discretion of the contractor.

Sanyo: Recommend R417A for ALL Sanyo R22 systems including VRF – ‘straight forward drop in’ Several Sanyo systems were charged with R417A at installation more than 10 years ago with no noticeable effect on performance.

Mitsubishi Electric: The official guide line is not to use them. They will reduce the efficiency and shorten the compressor life as the units are not designed on the ‘drop in’ refrigerants. The client will have to take the risk on using them.

Fujitsu: Fujitsu has never done any tests with ‘drop in’ refrigerants, therefore cannot comment on the life expectancy or efficiency of the system if alternate refrigerant is used.
R410a Refrigerant

If you are faced with issue of the changeover, R410a may be a refrigerant you are considering. R410a is very different from R22 and so there are various issues associated with the changeover, namely the much higher discharge pressure. The first rule of thumb is that there is no “drop-in” replacement for any refrigerant currently being used. Each substitute refrigerant used will require some design changes in the refrigeration system. An R22 system cannot be charged with R410a since the components were not rated for the higher pressures associated with it.

There are several reasons why R410a is being considered as a suitable replacement for R22:
• High cooling capacity: equipment designed for R410a has been shown to have up to a 40% higher cooling capacity compared to R22.
• Easy servicing: While R410a is a blend, it behaves more like a pure refrigerant and therefore it can be re-charged into the system repeatedly without danger of inconsistent mixing.
• Safe: R410a has an A1 ASHRAE safety classification.