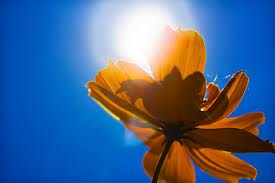 To most the summer of 2011 heat wave was miserable, intolerable and seemingly never ending.  But to those of us in the air conditioning business it was heaven on earth. The phones never stopped ringing as the service trucks kept on rolling.

But as they say all good things must come to an end.

As an air conditioning contractor the end of summer can be depressing.  Everything seems to come to a sudden halt as the temperature drops into the eighties and below. The days when frantic customers greet you like royalty when you arrive to repair their air conditioner are now mere memories.  It is an extremely rewarding feeling to perform an air conditioning repair for an appreciative customer.

Within our company the end of summer is a time for review, to see how we performed over the summer and search out ways for improvement. While going over our service records an interesting trend revealed itself. For decades we have preached the benefits of preventative maintenance to our technicians and customers.  The line of thinking was having an air conditioning tune-up done annually could spot minor problems before they became major untimely and expensive repairs.  Also by cleaning the equipment it would cool more efficiently with less wear and tear and last longer. The trend I found was that we were running service calls for new customers who have never had any preventative maintenance done, ever!  Conversely the calls to customers who had their air conditioners tuned up were virtually nonexistent.  We ran calls on air conditioners that in some cases had not been touched in 10 years! They had been limping along but could not survive the 71 days of 100 plus degrees that we had this summer. We ran a call on an air conditioner where the condenser had over a foot of leaves around it and a 6 inch diameter tree branch across the top of it.  I’m sure no human being had even set eyes on in at least 5-years!

This summer was complete validation for anyone who performs, has had performed or ever preached the benefits of preventive maintenance.  Many of the problems we found were caused by dirty coils that had never been cleaned or burnt out fan motors due to never having been oiled. These problems would have been taken care of as part of an annual air conditioning tune-up. While it’s too late to do anything about the past, in many parts of the country where winter is as brutal as summer you can be proactive and have your heating system tuned up. If you don’t know where your furnace is that should be a sign to contact a heating contractor to come perform a tune-up and ensure it is safe and good to go for the winter.

So with summer 2011  now gone,  Air Conditioning contractors can hope it’s scorching days will not be quickly forgotten.  I’m going to predict that next years appointments for pre summer air conditioning tune ups will be up considerably from last spring. And that’s a win win for everybody!