Remember the times when you used to worry about leaving the stove, coffee machine, lights, or thermostat on? That is definitely a thing of the past, thanks to the amazing leaps smart home technology has made in the past decades. The improvements have transformed this idea from a bunch of difficult-to-use pieces of equipment to a very user-friendly network and set-up of devices, which will allow us to control everything house-related remotely, while making the space itself look like something the Jetsons would feel familiar in. 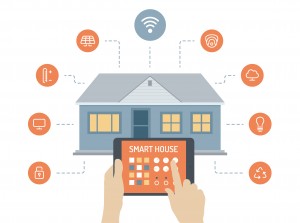 What Is a Smart House?

A smart house is considered one that has a network which links together all the home appliances, for people to be able to control via phone, tablet, laptop, remote control, iPad, or voice. You give the command and the house reacts, without you having to actually flip a switch, touch a button, or even be there. Most apps on the market today in the smart homes realm refer to home security, lighting, thermostat regulations, and entertainment.

The idea of a smart home design is not new at all. The very first remote controls were invented back in the late 1800s, right after electricity was introduced and technology began to speed up. This invited appliances into homes, after servants became sparse. Developments to early designs continued all through the 20th century, but mostly in the shape of private projects, which used to be showcased at specialized fairs. The systems were difficult to handle for a common person who didn’t have a working knowledge of electronics or informatics, and, apart from that investments in the business were low.

The 1990s coined the term “domotics”, by putting together the Latin domus, which means house and informatics. Even so, the main public still didn’t take much interest in it, mostly because it cost so much to install it. However, the extreme advancement of technology, which, in a single 20 year span, took us from cassette answering machines to smartphones (developed in such a way that they pretty much make all other devices pointless), meant a revival of the smart home plan as well. Studies show that in 2013 alone, 1.5 million home automations were installed in the US and that, by 2017, as much as 8 million will be in use around the country.

The idea of smart homes is growing so much and so fast that a new term was introduced – “the Internet of things”, which refers to all the objects and products connected via a network. 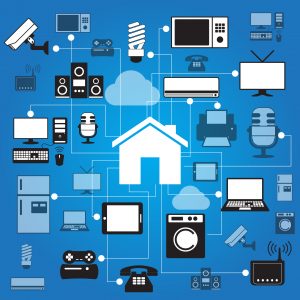 The companies that provide smart home technology, such as HGTV Smart Home, Apple, Rogers for monitoring and management systems, or Samsung, have created protocols for smart homes communication and they’ve made deals based on that with the best electronic manufacturers. Their joined efforts have led to smart homes products, such as: 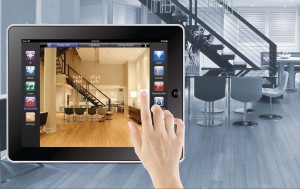 All of these electronics, devices, and apps are available in stores or online for purchasing as well as at your local depot. However, before buying you should check and see what type of technology goes with what product. Normally, the ones using the same technology should go together even if they were made by different manufacturers. Different technologies, however, might mean that you have to create a ‘bridge’ between the appliances in order for them to work properly.

Another thing you should be aware of when installing them or wiring your house for the smart technology is the fact that you will require help. This means that making your home ‘smart’ cannot be a DIY project. Studies show that 60 percent of the people that have installed a home automation system have hired outside help, because the systems themselves need a lot of patience and technical skills and knowledge from the installer.

How Much Do Smart Home Systems Cost?

As far as price goes, it depends on how smart you actually want it to be, because you can invest in it as much as you want and make it as smart as you want. Therefore, reviews show that prices range from $10,000 to $250,000. Starting low, a smart lighting system, depending on the producer, might only cost you a few hundred dollars. Going up and adding appliances, thermostats and smart cameras will take you to some tens of thousands of dollars. And, finally, what really make these systems pricy are the home entertainment, cinema, Blu-Ray, or theater elements. On average, they tend to raise the prices by 50 percent.

Also, the cost is influenced by the level of sophistication that is brought to each appliance. For example, there are some appliances that have incredibly developed solutions, such as smart trash cans, that actually keep track of what you’ve thrown away, make groceries lists for replacements and send them to your phone, refrigerators that create recipes for you based on what you currently have in there or washing machines that text you when they finished their cycles. Evidently, these will cost more than, let’s say, trash cans that only let you know when it’s time to empty them.

Although it might cost fairly much now, smart homes do have many benefits, part of which will also win back your investment over time. 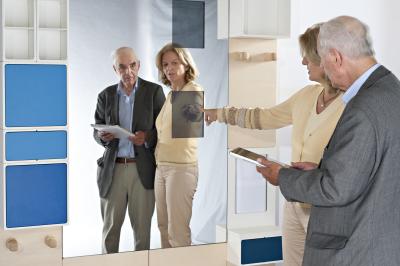 Smart Homes of the Future

If all this seems quite extraordinary, it’s actually nothing compared to what the future has in store for us as far as smart homes ideas are considered. Specialists are starting to predict that, in the future, smart homes will be able to differentiate between family members, talk to them and adapt to each one according to their fingerprints, body temperature, and the rhythm of the heart. This means that the house will know what your needs are and give you what you require without you even uttering a word.

In the future, as you walk around the house and you’re wearing a small bracelet that controls everything, including the furniture, your house will know to adjust the lighting in each room, the temperature, and play your favorite music. The kitchen will provide what you need by heating up your food as you like it, making your favorite coffee, and the entertainment center will automatically display your favorite movie selection. The prices for both electronics and the service will go down and many of the items will be found on sale.

Smart homes are definitely here to stay. We’ve seen them in movies, such as Back to the Future and Iron Man and we’ve always admired the technology and ease with which one lives in such a house. Now, as technology progresses more and more, it seems as though smart homes are one smartphone touch away.