How To Test a Thermocouple: The Easy Multimeter Way

Most natural gas-based appliances such as water heaters, stoves, and furnaces use a thermocouple. This part acts as a safety shut-off device to prevent harmful gas leakage if the pilot light goes out. Knowing how to test a thermocouple when an appliance malfunctions is a vital part of the repair process. Even though standing pilot lights have become somewhat obsolete in recent years, due to the advent of direct ignition technology, there are lots of older, fully serviceable equipment still in use today that use a pilot light, and thus have a thermocouple. Testing one with a multimeter is a job most DIYer's can do with ease. 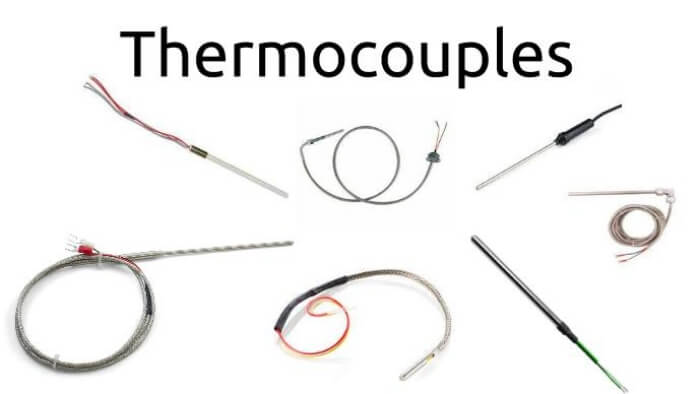 Before starting the test procedures, a brief description of what a thermocouple is, and how it works is helpful. A thermocouple is a type of electrical device know as a transducer, and in various forms, is found in everything from small toasters to massive industrial kilns. It basically converts the temperature it senses into a certain measure of DC voltage. There are at least two distinctly different metals inside the part that form two separate junctions. The live (hot) junction is connected to the part where temperature needs to be monitored. The base (cold) junction is either kept open, or is connected to a known temperature source as a point of reference. The difference in temperature between the hot and cold junctions is then converted into a measurable voltage.

Knowing how to test a thermocouple with a multimeter is an important step in diagnosing why a pilot light goes out, or won't ignite at all. Before staring the tests, be sure to thoroughly clean the part first, to eliminate any dust or carbon buildup that might have contributed to it's failure. The equipment needed to perform the first set of basic open circuit checks are simply a multimeter (either digital or analog), and a pair of double-ended alligator clips.

If the reading is found to be proper, then most likely the thermocouple can be ruled out as a source of the problem. However, before you call the service pros in, and if you are game, there is a second, slightly more involved test using the same multimeter and clips as before. These tests are known as closed cicuit, and will give you a more thorough assessment of how to test a thermocouple, as well as possibly revealing any other underlying issues such as draft/flue problems, fuel pressure, and gas valve failure. The use of a special screw-in adapter available through most HVAC dealers is the only additional piece of equipment you will need. It will probably amaze and confuse them to encounter such a dedicated DIYer!

Thermocouple as a Test-Bed

Since most commercial thermocouples are relatively inexpensive, a case could be made for not bothering at all with the above closed circuit tests, and just go ahead and replace it. However, this would be a big mistake, because how you test a thermocouple can lead to a better understanding of why your appliance failed in the first place. When the part is blindly replaced without knowing the real reasons for failure, it isn't fixing the original problem.

One of the best ways to get to the root of thermocouple malfunction, while at the same time determining the efficiency of your appliance, is to examine the pilot flame, and it's relation to the tip of the thermocouple. When the flame is adjusted for optimal performance, it should envelop the upper 1/2 to 3/8" of the unit, and the tip should glow a "dull-red" color. Anything brighter than a soft, blue flame will tend to heat the tip excessively to a "cherry-red" color, and eventually cause the tip to weld together, and the part to fail. Particular attention should be given to the cold junction portion of the the thermocouple, as it is highly susceptible to any higher temperatures resulting from an improperly adjusted flame.

Safety concerns linked to the above tests mostly relate to the nature and volatility of natural gas. It's a good idea to perform these tests with adequate ventilation in place, preferably with fresh air flow-through. Extra care should taken when reconnecting the thermocouple fittings to prevent any cross-threading. To be sure there are no gas leaks associated with an improperly tightened fitting, you can use soapy water to check for any bubbles after the gas is turned back on.

Even though they are fairly cheap to replace, it's important to know how to test a thermocouple to expose any other problem areas beyond the part itself. Knowing how to perform even a simple function test can give you a good idea whether your appliance just needs an inexpensive repair, or a more costly fix is in order. You can then decide what course of action to take, and be better prepared for the eventual repair/replacement that follows. Being able to troubleshoot any appliance these days can be quite a rewarding and empowering experience!