Most people already know that the capillary tubes are what helps the medical technician in a lab draw blood for testing. However, not many realize that same technology is also used in their kitchen refrigerator. A capillary tube is made of ultra-thin, rigid material (plastic or glass) which enables liquid to flow up the tube against gravity. This is called the capillary action. The diameter of the tube governs how high liquid rises. Example, the smaller the inside of the tube, the further up liquid can climb. 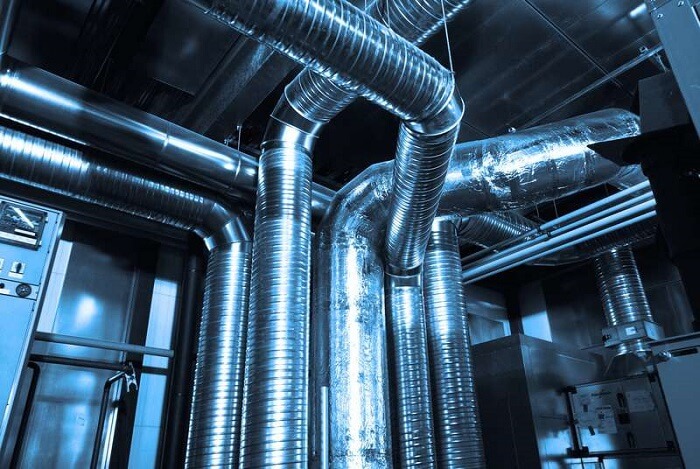 Intermolecular forces that naturally occur between liquid and a solid surface are the root of capillary action. If the tube is small enough, the natural cohesion within water causes surface tension. When this tension is combined with the adhesive forces of liquid vs a hard surface capillary action occurs, and water is propelled forward. For a visual example of how a capillary tube works, place a glass tube in a cup of water and watch it rise. Or watch this clip:

Capillary Tube In Refrigerators and Why It Works

Normally fashioned from copper, capillary tubes are used as throttling devices in major appliances such as refrigerators and A/C units. As the refrigerant leaves the condenser and goes into the capillary tube, it quickly drops in pressure due to the small diameter of the tube. Under normal circumstances, the refrigeration plant experiences a drop in pressure across the capillary. Once the plant stops, the pressure across the two sides of the tube equalize. Then, when the compressor restarts, the load isn’t as heavy.

As a non-adjustable device, you can’t control the flow of refrigerant through the tube like an automatic throttling valve can. This means the refrigerant flowing through the capillary can alternate depending on the changing conditions. For example, the condenser pressure increases right along with the high atmospheric pressure.

Things to Remember When Installing Capillary Tubes in Refrigeration Plants

Since the capillary pressure is equal once the refrigeration unit stops, be careful not to overcharge the refrigerant. Overcharged systems raise the discharge pressure from the compressor and cause overloads. Therefore, knowing exactly how much refrigerant to use is critical.

Brazing a capillary tube to a condenser and its coil is not a job for the inexperienced or non-professionals. With such a small diameter to work with, there is a chance of blockage when you do the brazing deep within the tube.

2. The Value of Accumulators in Refrigeration Systems

3. How Does Capillary Tube Blockage Occur?

The inside diameter of a capillary tube is very small. As such, large particles block the tube if they reach it. When this happens, it starves the evaporator, the suction power drops, the refrigerators are less cool, and the compressor needs to work that much harder. The end result increases the head pressure and the possible danger of over-heating. Many blockages occur during the installation or assembly process, but they can also form during normal operation.

You can calculate the blockage in a simple way. Dry nitrogen goes through a new length of capillary tubing at a controlled rate. You can measure the blocked tube for the nitrogen flow using the same technique as for the new tube. All measurements, including diameters, are identical and you can easily determine the degree of blockage by dividing the difference of the flow rate through the cap and then the control tube. See the ASHRAE test method for a more detailed explanation of this procedure.

4. What Happens When Boundary Lubrication is Inadequate?

This situation leads to severe wear on metal and comes from many different causes. Design issues, poor construction, processing chemicals, using lubricant not recommended or metal slag that finds its way inside, all lead to a problem. Using the wrong lubricant, or processing chemicals present which don’t match the refrigeration lube causes the formation of residue which can block a capillary tube completely.

For a long time, CFC’s and mineral oils (both non-polar) played an important role in most refrigeration systems. It didn’t matter if the parts were still dirty after manufacture because non-polar processing oil is soluble in non-polar refrigeration oil. Chemical compatibility problems began with the use of polyol esters and HFC’s. These chemicals do what they must do. However, you should note that the difference in polarity between them and mineral oils could lead to chemical insolubility.

For them to match with HFC refrigerants, people needed to replace the new lubricants with a polar chemical nature for non-polar oils. Extreme temperatures also affect the solubility of chemicals. The evaporator is the coldest area of the system and it’s here incompatible chemicals precipitate. Precipitates manifest as residues and if they find their way into the refrigerant particles accumulation at the cap tube entrance can restrict the flow. You can avoid trouble by completely removing them from the system with a thorough rinse before adding refrigeration oil.