The abbreviation for the British thermal unit, BTU is a unit of work that is the rough equivalent of 1055 joules and 252 heat or little calories. What is BTU? Used in the United States and sometimes in the United Kingdom, the British thermal unit stands for the amount of thermal energy that is required to increase the temperature in one pound of water by one degree Fahrenheit. The foot-pound-second system is an English system that uses the BTU, while other countries employ the International System of Units, which uses joules. BTU is also known as Btu or B.Th.U.

Every combustible material has a British thermal unit rating. To answer the question what is a BTU, consider that a pound of burning wood will generate around 7,000 British thermal units, a gallon of fuel oil will generate 140,000 BTU, while a gallon of liquid propane will produce roughly 92,000 BTU. Wondering about bigger BTU generators? A barrel of gasoline is able to produce 4.35 million BTU and a ton of coal produces 20 million BTU. Despite being called the British Thermal units, this measuring non-metric unit is more used in the United States and Canada than in the United Kingdom. In the countries that employ the Btu, this unit is also used for measuring natural gas prices. One cubic foot of natural gas equals 1,034 Btu units.

Let’s look at a specific example: if you want to boil one gallon of water that has 60 degrees Fahrenheit, you will need approximately 1,200 BTU to bring the water to a boiling point, which is 212 degrees Fahrenheit. 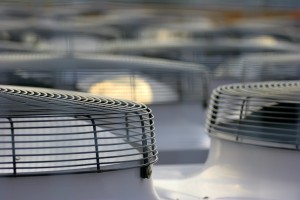 At the same time, the British thermal unit is used for quantitative specifications regarding the energy transferring and producing attributes of cooling and heating units, like ovens, refrigerators, air conditioners and furnaces. The computer equipment’s heat output is usually specified in order to be taken into account when technicians set out to plan the climate control system within a house or a building. Expressed in BTU per hour, the output of computer device heat is the equivalent of one watt of heat dissipation.

When discussing heating a building, the BTUs will describe the heat that is produced by the fuel or energy, which can come from various sources: LP gas, electricity, natural gas or oil. When talking about cooling a building, the rated capacity for the air conditioning unit or the heat pump will be expressed in BTUs. This refers to the removal of a given amount of heat from a room.

BTUH, BTU / Hr or British Thermal Unit per hour refers to the number of BTUs of energy that are generated (for heating units) or removed (for air conditioning units) in an hour.

Sometimes, heating, ventilating or air conditioning units will display two BTU capacities on the appliance label. The first one is Input BTUH, which refers to the energy used up by a heating or cooling system and which is measured per hour in thousands of BTUs.

The Output BTUH points to the heat output or cooling capacity from the cooling or heating unit. This will be measured in thousands of BTUs/ hours and sometimes it will be abbreviated as MBTUH. Theoretically, this is the maximum capacity for cooling or heat output that the system will be able to produce. However, you should always take into account system losses. This means that the actual heat and cooling capacity to be delivered into a room or a building might be lower because of the distribution system losses. As a rule, the output BTUH will always be smaller than the input BTUH since the heating system will never be able to work at one hundred percent efficiency. 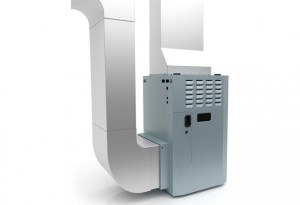 MBtu is described as one thousand BTU. Other common abbreviations include mBtu, MMBtu or mmBtu. The “M” is presumed to stand for the Roman numeral system, where this letter signified one thousand. In this context, MMBtu would be rendered incorrect, since it would stand for two thousands. However, MBtu is also mistaken for the SI “M” prefix that stands for multiplication with one million, while mBtu is mistaken for the SI “m” that denotes division by one thousand. Some companies are using “therm” to describe 100,000 BTU, while other use BtuE6 to avoid any confusions between 10,000 BTU and 1,000,000 BTU.

Thankfully, there are plenty of online calculators to help us out with converting BTU to watts, watts to BTU, BTU to tons and BTU to kwh. If you want to take the task in your hands, you won’t have any trouble finding the specifications for each measuring unit. For example, one watt is the equivalent of 3.4121 BTU per hour. Likewise, one BTU per hour convers to 0.29307 watts.

All gas grills available on the market will have a maximum British thermal unit per hour. A gas grill that advertises 35,000 Btu translates to a device that produces that amount of Btu with all its burners in an hour. The gas grill in our example will use approximately two pounds of propane in an hour. However, don’t rely solely on the BTU rating advertised by a gas grill to form an opinion about how much heat it will produce. The rough estimation regards its heat output and only lets you know how much fuel it will consume.

If you’ve been thinking that the BTU number of a gas grill is a clear indicator of its power, you couldn’t be more wrong. Up until now, the ideal gas grill was supposed to produce roughly 100 BTU for every square inch. But now we know we should be paying attention to different factors to guesstimate the efficiency and power of a gas grill. It rarely matters how much fuel a grill will use up. In order to determine the heat output, you should also factor in the design, materials and size of the gas grill.

If the grill is light weight and its overall efficiency is not satisfactory, it will need a higher BTU output to cook food in a reasonable amount of time. However, infrared grills won’t require a large number of BTUs per square inch. Since their build is impressive and the heat from the burners is converted into radiant energy, they are more efficient. Gas grills that boast unrealistic BTUs per square inch are probably hiding a flimsy build.

In order to choose the right heating or cooling systems for a house or a building, you first have to figure out what the required BTU per square foot is. To do this, you will have to calculate the space that needs to be cooled or heated, which will help you in your hunt for the perfect air conditioning or furnace. You can use a BTU calculator or go for the DIY method that we’ll explain step by step below.