You probably already know how important clean and fresh air is. But do you know how important air circulation inside the house is? Every year we seem to be adding more and more padding to our houses, in an attempt to insulate them against the cold. This we do, of course, in order to lower our heating and electricity bills, but over-insulating the house also means it becomes air tight. Thusly, air will not able to circulate well enough or at all between the inside and outside of the house. Stale air can lead to health problems such as asthma and allergies but, fortunately, there is a simple solution – ventilators. They are especially important in bathrooms and kitchens where moisture and humidity levels are very high and accumulate quickly. 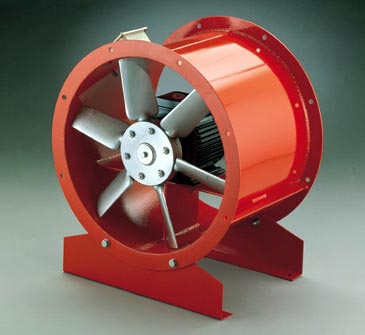 A very efficient, healthy and flexible option when it comes to ventilation is inline blowers. They exhaust all the moisture, steam and bad odors and keep your house healthy and aerated. Here is a guide to in line blowers, complete with all the questions you always wanted answered about them.

What is an inline blower?

It’s basically a big fan, located inside your ventilations systems, normally in your kitchen or in your bathroom. When inside the kitchen it’s usually placed in the range hood exhaust, meaning directly inside the ducting or conduit line that drives all the air outside.

If installed correctly, they can be very quiet. But the real sound problem comes from the outside ones, like the ones you have in your garden for example, which are the loudest. However, you can use a few tricks to quiet them down, such as:

Do inline fans use filters? 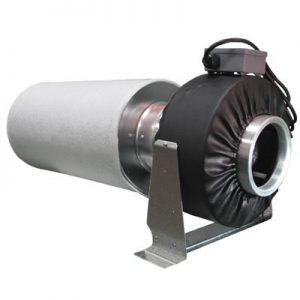 Yes, they do and it’s usually a carbon one. Carbon is the number one choice because it is best at filtering out impurities from both air and water based environments. So you can get normal or hydroponic ones, for, let’s say, your pool or backyard pond. They are made of extruded granular activated charcoal carbon and they eliminate chlorine, sediment, volatile organic compounds, the taste out of water and odors from the air. The filters are normally attached to the inside of the extractor fan.

What types of inline blowers are there?

Since technology and engineering have evolved so much lately, fans come in all shapes and sizes, for all purposes. But, to keep things light, they can be classified in a few major categories, as follows:

Are fans influenced by external factors?

Yes, they are. The biggest external factor that influences how inline blowers work is the air itself. The manufacturing conditions usually promise a certain delivery but, if the fan is working outside the Normal Temperature and Pressure conditions (NTP), it will not deliver the promised quality and you should have that in mind when operating it. Temperature and pressure vary because of the air’s density or because of location, meaning altitude or elevation above the sea level. Normal temperature and Pressure conditions mean 68°F, 9.92 inches Hg, 0.075 pounds per cubic foot.

Also, here are three pointers you should know about working your fan in relation to outside conditions:

Uses of fans around the house and garden

Most people, when thinking of fans, they probably imagine those little white, round ones with three blades and one short leg, which you can put on the table to cool you down in the summer. And while that is completely true, there’s more to fans than that. Industrial, exhaust and inline blowers work magic around the house if you know where to place them. Here are some tips.

Which are the best commercial fans?

There is an entire range of brands that manufacture and sell very good fans. With this in mind, you should first think about your fanning needs, like how big a fan do you want, what is the size of the room you’re looking to ventilate, how much cubic feet of air do you need in there, what is the moisture situation or what is your budget for spending on a inline duct fan. After you’ve answered all these questions for yourself, you should do some research and see which companies sell the fan closest to your needs and money possibilities, or, maybe, who offers them on sale. Here are some brands, so that you can make a comparison:

No matter what brand or type of fan you choose, make sure you install one in your bathroom or your kitchen. Clean and fresh air is very important and it’s never a matter than can be overlooked, especially in winter-time, when we make full use of our insulation and heat sources and keep our houses shut as tight as possible against the cold.