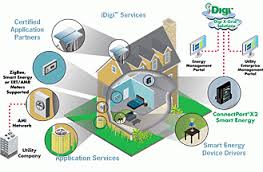 The bill allows a licensed burglar or fire alarm professional to sell, design, or offer to sell or design integrated alarm products without obtaining an air conditioning and refrigeration contractor license, as long as the sale, design, or offer to sell or design does not include air conditioning and refrigeration installation work.
House Bill 2294, authored by State Rep. John Kuempel, Republican of Seguin, states that a person licensed or registered under the Occupations Code is not required to obtain an air conditioning and refrigeration contractor license to perform the very limited work of the installation, repair, replacement or modification of a thermostat or other temperature control devices.
Bill Supporters
The bill was supported by several large home security companies, including AT&T, ADT, and Comverge. This bill goes into effect September 1, once it is signed by the governor. Though ACCA Texas and others fought the legislation, it passed in both the House and Senate in late May and is currently awaiting Gov. Rick Perry’s signature.
The Problem as the HVAC Industry Sees It
The thermostat component of this new law created a challenge for various companies and professionals in Texas because of the state’s current air conditioning and refrigeration licensing requirements. The Texas Department of Licensing and Regulation has up to now required that anyone who installs or offers to install a thermostat must obtain an air conditioning and refrigeration contractor license.
The problem, defined by industry leaders, is that most of these alarm system installers don’t have the appropriate training or knowledge to properly install or replace a thermostat. They further state that this can lead to system inefficiency, HVAC equipment failure, and even fire hazards. There have been instances of fire damage in homes.

Dangerous to Customers
The biggest problem with the Texas legislation, Todd McAlister, executive director for ACCA Texas said, is that it puts consumers at risk. “This is bad for homeowners and this is not good for anybody,” he said. McAlister added that, should anything go wrong with the HVAC system because of the thermostat installation, an installer who is not HVAC certified may not notice right away, and if they do, they would be required to call in an HVAC technician to take care of it, anyway.   “You would think that logic would win over, and if a telecom company wants to be in this industry, then they should go get an HVAC license so there’s at least some credibility in what they’re doing,” he said.   “There are a number of companies that install thermostats that coordinate with the home security system package,” he said. “The alarm industry is sort of moving from putting in home alarms and building alarms to services that would encroach on energy use of the home.”

1. It allows ANYONE to replace a thermostat without a license and without a criminal background check.

4. Any work performed by an unlicensed contractor or technician also voids the
manufacturer’s warranty.
AT&T Pro the Law Responds
This bill was filed at the request of AT & T when they did not succeed in being exempted from SB 407.
Rossanna Salazar, spokesperson for AT&T Texas, said her company’s alarm system installers are more than capable of properly installing thermostats as part of AT&T’s new Digital Life wireless home management security system.
“Our authorized digital life technicians are licensed as Texas alarm system installers and must pass a state of Texas background check as a condition of receiving their license,” she said. Salazar said opponents of the legislation “have made many claims that have confused the policy debate,” especially when it comes to the manufacturer’s warranty on HVAC equipment.
The issue of licensing has nothing to do with the warranty issue. Just because a home owner or anyone installs a new thermostat does not mean that they will lose or even jeopardize the full warranty on their system. If there is something wrong with the indoor air handler or the outside compressor, it will still be under warranty.”
Salazar added that some manufacturers will not cover damage caused by a third-party component, including an after-market thermostat, regardless of who installed it. “If a person’s air conditioning system is under warranty, he or she should check to be sure that any new thermostat is compatible with that system,” she said.
Other Proponents
Some proponents of the bill think this law will help Texas modernize its licensing system to the benefit of consumers, giving them the advantages of smart home technology.
Now that Smart home technology has evolved several companies offer products that allow a consumer to use one panel and wireless technology to adjust a range of functions, like their burglar and fire alarms, thermostats, lighting, locks, and electrical outlet. 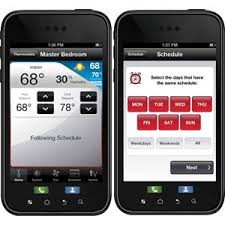