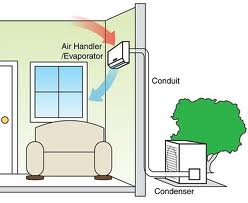 A ductless air conditioner, also called a mini-split system, has two major components: a unit mounted on an inside wall that delivers cool air to the room and a unit mounted on the outside of the house. A pair of refrigerant lines that runs between the two systems one delivering electricity, the other one taking away condensate. The system also has thermostatic control and a variable quiet blower.

A split system has several advantages over a traditional window unit, first and foremost a thermostat that can keep the room at a constant, comfortable temperature instead of blasting on and off. Also, you don’t have to move a spilt system in and out of the window as the seasons change, and you don’t have the open-window security concerns of a moveable unit. 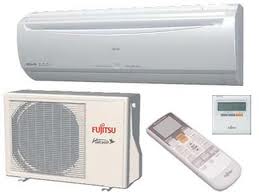 The rapid growth in recent years of duct-free air conditioning systems in the U.S. has been impressive. In a contracting unitary market, Ductless mini-split style systems are very common in major markets in Asia and Europe; they have not made significant penetration into the United States. In spite of the recent growth in the U.S. market, they still only represent around 5 percent of the U.S. unitary air conditioning market. This low penetration is probably due to the huge installed base of larger U.S.-style homes and businesses that already have ductwork in place.
Also, with the decline of new construction in the U.S., air conditioning purchases have been dominated by system replacements. And when an air conditioner needs to be replaced, it is usually easier and less expensive to continue using the existing ductwork and just replace the system with a traditional outdoor unit and indoor coil or air handler. Still, there are obviously some situations where ductless solutions make sense. 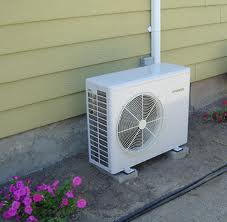 Duct-free air conditioning provides good, economically sound solutions for smaller spaces which have no existing ductwork, and sales of these systems into U.S. applications will likely continue to grow to meet this demand.   The top concerns about duct-free systems are indoor airflow and air quality, ease of service/troubleshooting for technicians, higher-than-expected costs and some concerns about general appearance.

Components
A ductless mini split has three main components:
1. Outdoor condensing unit.
2. Indoor air handler/evaporator.
3. Conduit (3″-4″ diameter) housing a power cable, refrigerant tubing and a condensation drain.
The condenser is installed outside the home or structure and the conduit is run from the outdoor unit to individual offices, bedrooms, living rooms, computer/server rooms, basements, anywhere a controlled temperature is desired. Wall-mounted interior units are then placed in the desired spaces to cool or warm air as needed by means of refrigerant flowing between the outdoor and indoor units through tubing in the conduit.
Ductless systems manage environments individually with remote, handheld thermostats that control the temperature and air flow for each room. The heating or cooling is directed precisely where it’s needed, with less energy wasted to heat or cool empty areas. This capability also means temperatures can be set according to individual preference, with each room warmer or cooler than the other…
Common Applications
Over half of all the ductless systems installed were 1.5 hp and below (less than 22,000 Btuh) and the majority were 2 hp and below (less than 27,000 Btuh). Over two-thirds of all ductless installations are done with single evaporator models. Approximately 85 percent of all ductless systems are probably installed in commercial applications. The most common ductless mini-split applications in the U.S. would typically be those going into single space, commercial buildings and, to a lesser extent, some suitable ductless applications in small residential spaces such as those involving room additions or smaller, zoned apartments.
Issues
Units can be difficult to install, and it’s harder to find qualified professionals to do the work, as most are used to putting in duct systems. Second, Ductless split air conditioning units have leaks. There are leaks that occur, which are hard to fix. Third, it’s important to purchase the right sized unit, as a unit that is too small will not effectively cool the home and one that is too large will not remove enough moisture.
Cost
The price of ductless split air conditioner units range from around $1,500 to $5,000, depending on the BTU and overall efficiency. These units typically cost $1,500 to $2,000 per ton (12,000 BTU per hour). The overall cost of the unit will depend on the square footage that is needed to cool and the type of efficiency needed. Choosing to get a high-efficient air conditioner, such as a SEER (Seasonal Energy Efficiency Ratio) brand, costs more money for the actual system, but saves money on energy bills. 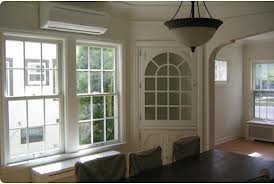 Home Advisor was formerly known as Service Magic. Service Magic a 13-year-old company with $205 million in annual revenue officially relaunched as HomeAdvisor. Home Advisors connects service professionals with consumers seeking help with home improvement and repair projects. They help home owners find trusted home improvement contractors.
Home Advisor is the one of the most powerful lead generation tools around. Home Advisors offers customers with expertise and resources from the Home Advisor’s industry-leading service marketing department. Over 80,000 contractors count on Home Advisor. Since 1998, Home Advisor has been helping home improvement professionals generate new business by delivering highly targeted, real-time leads. Home Advisor maximizes marketing efforts by giving businesses total control of their customer experience.
They advertise that over 25 million home owners use their services. They offer homeowners the following features:
1. Free to use – never have to pay a membership fee.
2. Service pros pass a criminal and background check.
3. They can offer over 2 million ratings and reviews from home owners.
4. They have 24/7 emergency home owner support.
How Does It Work?
Steps: The customer tells about their project.
1. The customer selects a category for their repair or project.
2. The customer is then matched to the right pro for the job.
3. The customer receives four pre-screened pro reviews.
4. The customer selects a service pro.
5. Home Advisors sends the customer information to the service pro.
6. The service pro contacts the customer.

Link to their Web site: http://www.homeadvisor.com/how-it-works/
Their Web site is very informative and customer friendly. Its Suite of Tools allows you to review their Cost Guide, Resource Center, and Home 911 feature.
The Cost Guide feature allows you to review typical costs for project under these categories: Home Spaces, Home Features, Home Professional, and Home Solutions.
The Resource Center provides a list of articles and advice on projects.
The Home 911 section provides you with a Download Feature for your iPhone that allows you instant access to their service pros…
Cons: There have been complaints that customers have received calls from more than FOUR contractors. Some contractors just showed up at homeowner’s door without even calling, and some contractors were overly aggressive.
Note: Remember not all contractors give free estimate on things like repairs. Replacements and remodel projects, yes. But if you are expecting a technician to spend time diagnosing a problem, you will be expected to pay for his knowledge, expertise and time. Technicians don’t usually work on commission, salesman do. Keep that in mind.