January 1, 2015, marked the beginning of a new era of sorts, both for the HVAC system manufacturing industry, as well as for furnace and boiler companies. This change, brought about by updates to the minimum efficiencies heating standards, will obviously also reflect on the average consumer. In today’s post, we provide a brief overview of these new minimum efficiencies and explain what they mean in reference to various types of heating equipment. We also explain how these changes will affect you, the household consumer. 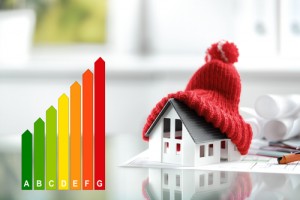 How heating efficiency ratings for furnaces and boilers work

The difference between furnaces and boilers is that the former use heated air, relayed through ducts, to heat a home, while boilers heat water, and distribute either steam through pipes or hot water through radiators in the baseboard or heat radiant floors. Alternatively, some boilers also heat air through coil elements. By and large, there are high-efficiency models of all the above mentioned heating systems, though steam boilers require higher temperatures to turn water into steam and are generally less efficient.

The AFUE rating for furnaces and boilers

The main index, which helps compare the way in which various furnace and boiler models observe minimum efficiencies heating standards, is the AFUE. AFUE stands for annual fuel utilization efficiency and displaying this index on all versions of furnaces and boilers is mandated by the Federal Trade Commission. In a nutshell, this index, which represents the ratio of heat output per fuel energy consumed, will tell you how efficiently a given system can convert said energy into fuel over the course of a standard year. Bear in mind that this index cannot keep track of duct or pipe losses and such deficits can amount to as much as 35 per cent. This is especially the case when said piping or duct systems are located in improperly conditioned rooms, such as the attic or the garage.

The more losses a furnace or boiler experiences, the less fuel efficient it will be. Electric furnaces and boilers, for instance, require no chimneys, which means their AFUE rating is between 95 per cent (for outdoor units, which lose some heat through their jackets) and 100 per cent. Though they may be efficient, they’re not exactly affordable. Electricity is an expensive commodity even in developed countries, and the U.S. is no exception in this respect. The U.S. Department of Energy recommends that household owners consider heat pumps instead of electric boilers or furnaces.

At the moment, furnaces which produce warm air, run on fossil fuels, and are non-condensing have a minimum heating efficiencies rating of 78 per cent. The exception to this rule is the case of units especially designed for use in mobile homes, whose minimum AFUE index is 75 per cent. In broad strokes, the current minimal requirements for AFUE indexes take into account the type of fuel the furnaces use, as well as whether or not the unit is weatherized. Non-weatherized furnaces are those designed to only be used indoors. The minimum efficiencies heating furnace manufacturers need to observe are listed in the chart below. They have been in effect since May 1, 2013 for non-weatherized units, and since January 1, 2015 for weatherized ones.

Minimum AFUE index requirements are approached from a slightly different perspective for boilers. They are grouped by the type of fuel they use, as well as by the medium they heat (i.e. water or steam). Bear in mind that steam boilers that run on oil cannot have constantly burning pilots, while hot water boilers always need to be equipped with a way to adjust the temperature of the water to match the heating load.

It’s also important to bear in mind that condensing heating units, i.e. those which can produce condensation from the heated water vapor and subsequently use this for heating, can have comparatively higher AFUE ratings than non-condensing units. The difference can run as high as 10 per cent. Condensing furnaces and boilers can be more expensive than non-condensing units, but they’re usually more fuel efficient and can have a lifespan that’s longer by some 15 to 30 years. When deciding what type of heating system to have installed in your home, it’s also a good idea to take a good look at the unit’s components. Old, low efficiency models run on a natural draft that helps the fuel flow and have a continuously burning pilot light. Meanwhile, models of average efficiency have the flow of air and fuel controlled with an exhaust fan, no pilot lights, smaller flue piping requirements, and are usually smaller and more compact. Finally, modern, high-efficiency furnaces and boilers come with a second heat exchanging unit, which helps condense flue gas and run on sealed combustion. 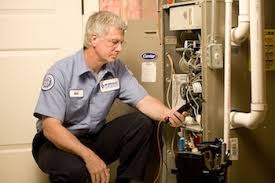 It is that time again to get your heating system checked out. I may be an extra cost, but you can save money all winter if your furnace system runs as efficiently as possible. The furnace is one of the most expensive appliances homeowners have in their homes and it greatly influences the monthly utility bill. Getting the furnace checked is just as important as getting regular oil changes and tune-ups on your car. It’s an important and simple step to take in extending the life of your heating unit and helps reduce your monthly energy costs. It’s also important to change your filter on a regular basis.
When a system is more than 10 years old, having it checked regularly by a qualified professional is essential. Furnace manufacturers all recommend annual inspections and maintenance by a qualified technician. They also have language in their warranties saying that damage to the units caused by improper maintenance is not covered under warranty.
Furnace /HVAC Tune Up
Here is a list of tasks from furnace manufacturers they recommend that should be performed yearly by qualified heating technicians:
1. The vent system needs to be checked for blockage and/or leakage. This includes the outside termination and the connections at and internal to the furnace.
2. Combustion gases must be analyzed and compared to the unit specifications.
3. The blower access door needs to be checked to make sure it makes a tight seal at the furnace.
4. The fresh air intake grills and louvers need to be checked for blockage.
5. The heat exchanger needs to be inspected for rust and corrosion.
6. The burners need to be checked for proper ignition, burner flame, and flame sense.
7. The drainage system needs to be checked for blockage and/or leakage. This includes the hoses internal to the furnace. The condensate drain and trap need to be cleaned, and the water replaced in the trap.
8. The blower wheel needs to be checked for debris and cleaned if necessary – this requires complete removal of the blower wheel.
9. An amp-draw test should be conducted on the blower motor and compared with what is listed.
10. The wiring needs to be checked for corrosion and damage.
11. The filters need to be checked more frequently than annually.
12. Check thermostat calibration. An improperly calibrated thermostat will cause your furnace to over or under heat your home. • Calibration saves you money and increases your comfort
13. Lubricate moving parts• Poor lubrication causes motor and shaft drag, requiring more electricity to overcome resistance. This can also help extend motor life.
When hiring a company to do a tune-up on the furnace, ask them what is all is included. The company doing the work should provide you with a list of items they’ll check for on the furnace. Keep in mind it is about preventative maintenance and catching a problem before the furnace quits working on a cold winter night.
Tune-up your furnace and watch your heating bills go down. In 2010, the average cost of heating a home for an American family was about $1000. Anything you can do to reduce that number is obviously well worth the effort. Read more at this link:
http://www.doityourself.com/stry/furnacetuneup#.UkooJGgo6mU#ixzz2gQkKlAFk 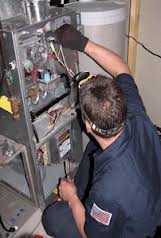