Building proprietors, managers and home owners alike find the need for high indoor air quality rocketing to the top of their priority list as times goes by and requirements become higher and higher. Here is a guide explaining what make up air units are, when can they be used and if it’s the right choice for you, in order to help you decide if you should get one or not. 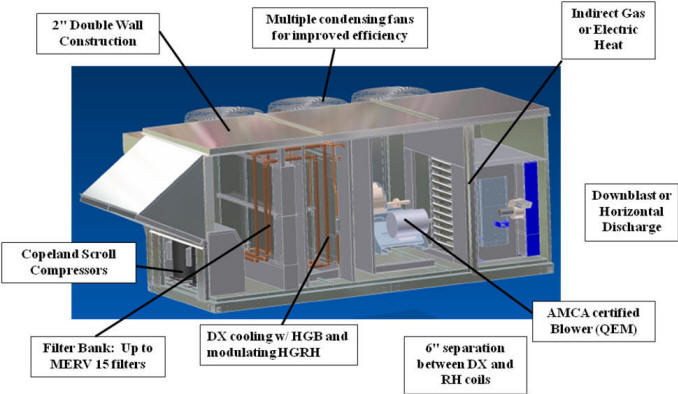 What are make up air units?

By definition, they are units meant to supply conditioned air, whose temperature and humidity is completely controlled, into a building, in order to replace the air that has been removed by the exhaust systems or by combustion. Their main quality is that they bring fresh outside air through their ventilation heating or cooling equipment, rather than recycling or recirculating the already existent one.

Does it make sense for you to use a makeup air unit?

Usually these mechanical air providers are used by big buildings, like office spaces or apartment blocks, which need to be zoned. For buildings with such purposes, make up air units are very attractive because zoned energy use is very efficient and will give everybody the chance to control their environment, temperature and humidity.

This basically means that every apartment owner or every member of the staff with his own private office will get the chance to use energy, heating and air supplies as they see fit. It’s also very attractive cost-wise. For example, building owners who rent out their lodgings use it to hook and reel in their tenants, by presenting them with this option, instead of having their temperature and air regulated for the whole building. It’s also extremely efficient cost-wise, because a tenant can always turn it down or turn it off altogether if they feel the need and reduce costs significantly.

Makeup air units are also used by buildings such as hospitals, meaning construction structures that cannot reuse the air inside a room. Hospitals have the greatest need for fresh air, probably, of all buildings and this is why they normally go for makeup air units. Nothing should contaminate their air and make people sick. But there are other types of buildings which use it as well, such as paint shops and factories or restaurant kitchens, which, again, cannot afford to recycle the air inside.

Therefore, if you find yourself in one of these situations or have such a project in mind, then a makeup air system is definitely for you. However, if you’re keen on it, you can also use it inside your personal home. If, for example, you cook a lot and you have a big kitchen and it needs kitchen ventilation or if have toddlers around the house and need to refresh the air as often as possible.

However, it was not designed for use in your car. You can use it if you have a spray booth, you can also purchase the small or mini version of it, which can be designed as portable, like the Soleus model. They are not very loud, they come with special installing kits and plans and they can also be used in residential areas, as they have kitchen ventilator options. Make sure to follow the regulations. 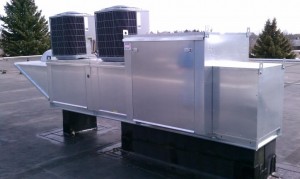 Makeup air conditioner units are often associated with rooftop units and that’s why people tend to believe that they should be placed on the roof, but that’s not true. It only happens because they are quite large, having also compressors, controllers, a pump, a gas lantern, vents and an exhaust tank. You can also place it in a mechanical room, if you so see fit.  Actually, in most hospitals, they are placed in such special designed rooms, where they can be accessed a lot more easily and quicker than on the roof. In case of emergency, a specialist or a mechanic enters the room and fixes the unit instead of climbing to the roof. It’s also easier when it comes to cleaning it, as it is done with a brush.

First thing you have to understand about makeup units is that the price is based on the design and model. Therefore, before deciding to buy a machine, you must take into consideration what goes in each of them. Normally, the usual design cost is based on the ‘per square foot of space’ system. Historically, the grounds for that were represented by standard unitary equipment and very little or no outside air at all. Therefore, when your ventilation requirements ask for a dedicated unit, that’s when the cost per square foot will increase, at least on paper. Deals can, of course, be made.

What this basically means is that you need to do some research and be very well informed about the design, so that you can plan your budget accordingly. But, indeed, tradeoffs can be made and you can also analyze some competing system types so that you can see which one better suits your needs and/or your budget.

Also, take into consideration the first costs as well as the operating costs, when thinking about prices and budgets and plan accordingly. A good idea is making your purchase from specialized sellers, such as Modine, Aaon, Cannon Fabrication, Inc., which produce rooftop accessories, or Mobile Air and have specialized officers to come mount them.

Why is air replacement necessary?

Some might think that simply ventilating a space is enough, but that is not always the case. Depending on the activity performed inside, its size and its requirements, a makeup up air unit which replaces air might be necessary for the following reasons:

Here are the things you need to know about air makeup conditioning units. Remember to consider your budget first as well as your needs and all the safety reasons they involve. All these things will help you decide if this is the best solution for your space.