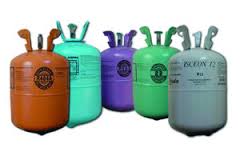 EPA Action
A list of refrigerants unacceptable by the U.S. Environmental Protection Agency grew by leaps and bounds on July 10, when EPA proposed to prohibit the use of certain chemicals that significantly contributes to climate change.
The EPA’s action is to reduce emissions of hydro fluorocarbons (HFCs), a class of “potent greenhouse gases,” under President Obama’s Climate Action Plan. EPA says it estimates the ban reduces greenhouse gases by up to 42 million metric tons of carbon dioxide equivalent by 2020, equal to the carbon dioxide emissions from the annual electricity use of more than five million homes.
Under the authority of the Clean Air Act, EPA’s Significant New Alternatives Policy (SNAP) Program evaluates substitute chemicals and technologies that are safe for the ozone layer. The proposed action would change the status of certain so-called “high-global warming potential (GWP) HFCs” that were previously listed as acceptable under the SNAP Program to be unacceptable in specific end-uses based on information showing that other alternatives are available for the same uses that pose lower risk overall to human health or the climate.
List of New Unacceptable Refrigerants

In addition to automotive refrigerants and aerosol propellants, the new EPA list includes:
For A. New and retrofit retail food refrigeration (including stand-alone equipment, condensing units, direct supermarket systems, and indirect supermarket systems) and for new and retrofit vending machines, as of January 1, 2016: the HFC blends R-507A and R-404A are unacceptable.
• B. For new and retrofit retail food refrigeration (including direct supermarket systems and indirect supermarket systems), as of January 1, 2016: HFC-227ea, R-407B, R-421B, R-422A, R-422C, R-422D, R-428A, and R-434A are unacceptable.
•
• C. For new, stand-alone retail food refrigeration and new vending machines, as of January 1, 2016: HFC-134a and certain other HFC refrigerant blends are unacceptable.
•
• D. For all foam blowing end-uses, as of January 1, 2017, except where allowed under a narrowed use limit: HFC-134a and blends thereof are unacceptable; HFC-143a, HFC-245fa and HFC-365mfc and blends thereof, and the HFC blends Formacel B, and Formacel Z-6 are unacceptable in all foam blowing end-uses where they are currently listed as acceptable, except for spray foam applications.
•
• E. HFC blend Formacel TI is unacceptable in all foam blowing end-uses where it is currently listed as acceptable.
Summary
This rule also proposes to list as unacceptable certain hydro chlorofluorocarbons (HCFCs) being phased out under the Montreal Protocol where substitutes are available that pose overall lower risk to human health and/or the environment. This proposal responds to the President’s Climate Action Plan by prohibiting certain uses of high global warming potential HFCs where alternatives are available that are safer for human health and the environment. The emissions reductions from this proposed rule are estimated to be 31 to 42 million metric tons of carbon dioxide equivalent in 2020. 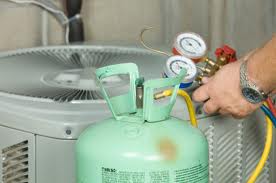