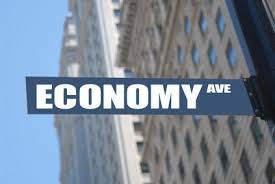 American household buying habits accounts for around 70% of the U.S. economy. What consumers shop for is seperated  into two main categories.  First, they spending on  such items as food, clothing and shelter.  Second, there is more  discretionary spending.   This is on items such as entertainment or non-essentials.
The good fortune of some and mis-fortune of others have caused financial ups and downs  and a shift in the  shopping habits of Americans have led to uneven outcomes for retailers. Companies like WalMart and Mattel have continued to struggle as people  spend more cautiously in this type of uncertain economy.   Amazon has  however done well, as more consumers choose to shop on line.
Americans are very price conconscious, and will check as many as seven store or web sites for the best price before makes their  purchases.   I believe frugal is the the best word to describe the average American these days.   Internet shopping rose 10% to $46.5 billion in November and December, according to research firm Comscore.  However, sales at  retail stores rose just 2.7% to $265.9 billion, according to ShopperTrak, which tracks data at 40,000 stores in the U.S. And the number of customers in stores dropped 14.6%.

Industry exucutives are starting to say this new American frugallity may be beccoming a new reality and a new permanet way of life in America and they don't expect to see it go away anytime soon, if ever, even as the economy shows signs of improvement.  With family budgets under pressure since the recession of 2008, consumers have headed to discount stores, switched  from name brand goods to private-label alternatives and shopped more often at discount  stores or online rather than spending on expensive fuel to drive to out-of-town hypermarkets.

Those trends have benefited discounters as well as retailers that have the widest own-label ranges and networks of smaller stores, prompting consumer goods firms to retaliate with brand promotions and smaller packaging.

"If you look at data from Millennials, who have really sort of grown up with this, price is more important to them than it was to the last generation," WalMart U.S. Chief Executive Bill Simon told the Reuters Global Consumer and Retail Summit, referring to the generation born between 1980 and 2000.

WalMart U.S. is the largest unit of WalMart Stores Inc (WMT.N), the world's largest retailer which benefited from trading-down during the recession, but cut its forecasts last month, citing weak results in many key markets.

The U.S. economy is expected to pick up towards the end of the year, helping cut unemployment, while Europe's lack luster recovery looks set to continue, although wage growth will continue to lag inflation, hurting consumer purchasing power.

The Dollar Channel
Dollar store  has been on an upward trend for several years now.  They have had a big impact on the discount store market and are competing head to head with other discount stores on the routine shopping trip stop.  The  Family Dollar Stores are adding cooler space to more than 1,000 locations this year, and Dollar Tree is adding to its food and beverage assortment as well as opening a third-party pharmacy in a Florida location. Efforts like these have contributed to dollar  retailers winning over shoppers from other discount stors.  The most sizeable change  is the shift of heavy drug store  shoppers—the top one-third of spenders within the catagory -into the dollar store family of stores. This is not a big surprise, as the both dollar stores and drug stores  carry many of the same type of goods and both are well positioned, geographically, for easy-access, fill-in trips.
Changing Habits
During the last year, Americans have been making less  but larger shopping trips. Trips declined across grocery and large box stores.  You might think the decline in stock-up trips would hurt Sam's Club and Costco type stores, however trips have actually increased by 2.1% during the past year due to a number  of factors. The club retailers are expanding the number of stores. Also, club trips are being bolstered by lower gas prices and low food inflation, which makes it easier for them to absorb bulk pricing. The dollar stores  also saw trips increase significantly during the past year, which reinforces the notion that consumers are viewing dollar stores as a “smarter” choice for affordable solutions.
While people will continue to shop, the question now is what will they purchase, when will they purchase and where will they purchase. Name brand items are taking a backseat to generic or store brand products.  Malls are beginning to show signs of weakness - a lot  more stores are closing while consumers make their way to other, more affordable  alternatives. Instead of going to one of the mall's "anchor stores," they are now going  to places like WalMart, Target or K-Mart to purchase the things their families "need" rather than the things their families "want."