Daikin Industries (Japan) has struck an agreement to buy Goodman Global for about $3.7 billion, completing the Japanese air-conditioner maker’s long quest to buy its American rival. Goodman is currently owned by the private equity firm Hellman & Friedman, which bought the company in 2008 for about $1.9 billion. Founded in 1975, Goodman makes heating, ventilation and air-conditioning products for homes and businesses.
Daikin had 1.22 trillion yen of sales in the year ended March and employs more than 44,000 people globally, with manufacturing and sales in more than 90 countries. Daikin generates 10 percent of its revenue in the Americas, according to data compiled by Bloomberg. Air conditioning accounts account for 85 percent of its global sales.
Daikin Industries, Ltd History
Daikin Industries, Ltd. (ダイキン工業株式会社) is a Japanese multinational air conditioner manufacturing company headquartered in Osaka. It has operations in Japan, China, Australia, India, Southeast Asia, Europe, and North America.
The company was founded in 1924 by Akira Yamada in Osaka, Japan. Daikin was founded as a chemical corporation, with a focus on air conditioning systems. It has since diversified its manufacturing division to take advantage of experience in fluorine chemistry. Daikin began as a manufacturer of aircraft radiator tubes and fluorine refrigerants, entering the air-conditioning business in 1951.
In 2006 Daikin purchased OYL Industries. This made Daikin the second largest HVAC manufacturer in the world after Carrier Corporation. Daikin co-developed a R-410A refrigerant with Carrier and is an innovator in the Split System Air Conditioning Market, and is the inventor of Variable Refrigerant Flow (VRF) air conditioning systems.
Daikin developed the hybrid hydraulic systems using technology from their Air Conditioning division. Facing the global demands on C02 reductions and the serious energy issues facing the world, this product aims to cut energy consumption in the manufacturing sector.   The acquisition of Goodman expands Daikin’s presence in the United States and in duct-type air-conditioners, and makes Daikin the world’s largest maker of heating, ventilation and air-conditioning systems.
Daikin is the official sponsor of Galatasaray Daikin women’s volleyball team 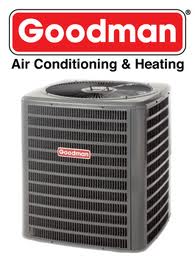 The Deal
Daikin’s large financial resources allow them to buy its American competitor. The company reported about $510 million in profit for the 12 months ended June 30. And it had some $1.5 billion in cash and short-term investments on its books as of June 30. The deal would be the third-largest overseas acquisition by a Japanese company this year.   The deal gives Daikin more than 900 distribution points as it tries to boost sales for home heating and air-conditioning systems. The deal is an opportunity for Daikin to increase its business and will also help it expand in emerging and high-volume markets.

Goodman Global is a company which manufactures commercial grade room air conditioners and specialty cooling products for residential and light commercial applications. The company operates under the Goodman, Amana and QuietFlex brands. The company was founded in 1975 and is based in Houston, Texas.
Goodman Global, Inc. is the second largest domestic manufacturer of heating, ventilation and air conditioning products for residential and light commercial use based on unit sales. Their products include engineering, manufacturing, assembling, marketing and distributing an extensive line of HVAC and related products. Their products are predominantly marketed under the Goodman® and Amana® brand names. Goodman® is one of the leading HVAC brands in North America and appeals to the large section of the market that is price sensitive and desires reliable and low-cost climate comfort, while their premium Amana® brand includes enhanced features such as higher efficiency and quieter operation.
Goodman began as a manufacturer of flexible air ducts and plastic blade registers. In 1982, the company acquired Janitrol and entered the HVAC market, expanding its product offering in 1986 to include gas heating products.
In 1997, Goodman acquired Raytheon Appliances, the predecessor of Amana Corporation, a manufacturer of appliances and HVAC units. In 2001, Goodman separated its appliances business from its HVAC business and sold the appliances business to Maytag Corporation.   In 2004, Goodman was acquired by Apollo Management firm for approximately $1.43 billion. April 2006, Goodman completed an initial public offering, listing on the New York Stock Exchange.
October 2007, Goodman acquired by Hellman & Friedman a San Francisco-based private equity firm in a $1.8 billion transaction. In August 2012, Hellman & Friedman