Who Owns That HVAC Brand? 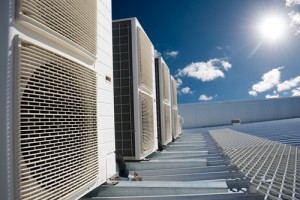 Ever wonder who owns whom in the HVAC industry? If you have a very old furnace or air conditioner you can look it up and see who now owns this name and possibly makes HVAC parts for the old unit. HVAC Manufacturers are constantly changing as one large HVAC entity buys up the smaller HVAC entities or someone decides to change their name. The manufacturing arrangements change constantly.
Today there are a limited number of major manufacturers of HVAC equipment left in the marketplace. Over time the large manufactures bought up the smaller ones and merged those product designs into their own product lines. They now produce products under the various brand names they own. Many times there are just a few cosmetic differences in the appearance, while the mechanical workings are very close and even in some cases the same.

Top 10 HVAC Manufacturers
The US HVAC equipment manufacturing industry includes about 1,500 companies with combined annual revenue of about $37 billion. Major companies include Goodman Global, Lennox, Nortek, Trane, and the climate control divisions of Johnson Controls and United Technologies. The industry is concentrated: the top 50 companies account for about 70 percent of revenue.
The top ten air conditioning companies in America are: (Listed in order of rank)
1. Amana
2. Carrier
3. Lennox
4. Trane
5. American Standard
6. Haier
7. LG
8. GE
9. Kenmore
10. Sharp
The following chart reviews many of the manufacturers. It does not cover every manufacturer, but it gives you a good idea about who actually makes all those HVAC equipment.

Brand Name Owner
Haier Haier Group Corporation is one of the world’s top-selling makers of home appliances. The Qingdao, China-based company has grown rapidly. At home, Haier has captured the lead in that segment, accounting for more than one-third of all refrigerators sold each year, and is also the leader in a number of other appliance categories, such as air conditioners.. Since the late 1990s Haier has pursued an aggressive globalization effort, building a sales network in more than 160 countries, with a presence in more than 38,000 retail outlets worldwide.
LG LG Electronics USA is a division of LG Group founded in 1947. LG Group has thirty six business units manufacturing goods and providing services in the chemical electronics, telecom, lighting systems, consumer appliances, solar energy, and air conditioning. In July 2010 LG Group was ranked 67th in the Fortune 500® list of largest companies.
GE GE’s HVAC division was purchased by the Trane Company in 1982.
Kenmore Kenmore appliances, including air conditioners, are made for Sears stores by several manufacturers such as Gibson, Fedders and Whirlpool, and then branded with the Kenmore name. Sears
Sharp Sharp is the worldwide multi-national giant, popular in the electronic devices and manufacturers industry. Their brand name became one of the Asian giants, and is also known around the world. They are made in China.