Coined by André Marie Ampère, a French physicist, solenoids refer to coils that have a helical shape. Nowadays, solenoids are used as the electromagnetic parts of valves, comprising the coil, core, core tube and the enclosure. Solenoid valves are controlled by electric currents which is why they are often employed in fluidics. Highly dependable and with a long life, solenoid valves are supposed to close off and dose fluids as well as distribute and mix them. Their design varies. They can have more than two ports, which dictates if the fluid can float between them.

As the lead in the industry of valve system technology, ASCO designs items that dictate the flow of air, water, gas and steam. Their expertise in the field is backed up by 125 years of product development. They began creating elevator and generator controls back in 1888 and soon became the first firm to create and sell a device that was electrically controlled. The firm started expanding in the 50s and nowadays they produce and sell their products in more than forty two countries all over the globe. In the 70s they introduced new items, like valves that were air operated, devices that had a manual reset and switches for pressure and temperature that could meet the standards of the request. 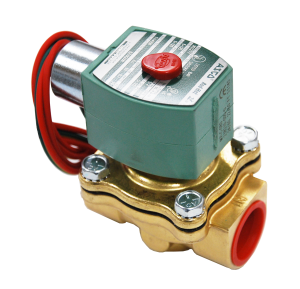 By 1983, the company was expanding even more. They acquired Angar Scientific which produced and sold micro miniature solenoid valves. Two years later, ASCO was bought by Emerson Electric, an American multinational from Missouri. With a reputation that preceded them, Emerson Co, a Fortune 100 corporation, also bought Joucomatic in 1988, merging the newly acquire European company with ASCO. In 2008, it was announced that two of the leading names in the pneumatic valve industry, both held by Emerson Industrial, merged and formed ASCO Numatics.

Emerson managed to combine two key ingredients that led to the creation of superior, high quality products that are unique on the market. Blending fluid control items with power products has resulted in a wide palette of items. The merger did not only produce top notch products, but it also lowered product costs and improved asset availability. With more than 50,000 solenoid valves, ASCO Numatics delivers items that are optimal for power generation, air ride suspension, power generation and HVAC (heating, ventilating, and air conditioning).

ASCO’s items include pressure sensor and angle body piston valves, while Numatics Inc’s offer includes custom made products and app elements that have helped the pneumatic technology make a significant development. ASCO Numatics quickly became a lead in the fluid automation field by delivering custom developed products to keep up with the challenging and ever changing environment. The company guarantees not only to offer the highest quality products, but also to deliver them in a timely manner. By offering the world’s most dependable automation solutions, the company also provides instant onsite tech help.

With customers praising the company for their fast delivery and easy to install products that meet all their needs and perform flawlessly, there aren’t many things to complain about when it comes to ASCO solenoid valves. However, the company doesn’t lack competitors. The Parker solenoid valve is created by a company that has over a century’s experience. Parker’s products include miniature valves, fluid control valves and pneumatic solenoid valves. While their products are high quality, ASCO remains the lead in the industry, with a wide range of products that guarantee superiority. ASCO manufactures and sells various types of valves: