Do you know what type of refrigerant your AC system uses? In case it’s the once popular type of Freon for AC known as R-22, HCFC-22, or chlorodifluoromethane by its scientific name, then you might want to consider replacing your AC system. That’s because a protocol signed in Montreal, in 1992, agreed that this substance, along with several other HCFCs (hydrochlorofluorocarbons) are unsafe for the environment. HCFC refrigerants are not as dangerous to the ozone layer as several other chlorofluorocarbons (CFC), but they are still bound to be phased out in the U.S., as well as in several other developed countries. Here’s what you need to know about this particular type of AC Freon and about how to prepare for the upcoming phaseout. 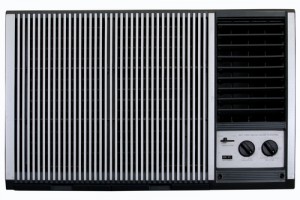 R-22 has been in use as Freon for AC for as long as forty years now. Most heat pumps and A/C systems built and installed over that span of time employed it as their AC refrigerant of choice. In fact, since the production of such equipment is comparatively affordable, demand for R-22 is still high in developing countries. Unfortunately, the gas has been proven to contribute to the hole in ozone layer and it also has a high global warming potential, as it is a greenhouse gas.

As the deadline for nearly complete elimination of R-22 as AC Freon approaches, certain A/C manufacturers may misinform household consumers as to how much longer this HCFC will still available. This is why you need to know the truth about this substance. As of January 1, 2010, according to the Montreal Protocol and the U.S. Clean Air Act, allowance holders are no longer allowed to import or produce R-22, except for servicing existing equipment. No such new equipment can be produced on U.S. territory since that date. Furthermore, the same standards demand that the United States reduce its R-22 consumption by 99.5 per cent until January 1, 2020.

The Clean Air Act says R-22 can still be recycled, covered, and reclaimed (i.e. processed so that it meets the same standards for purity as the new R-22 formula). From 2020 onward, all equipment that uses R-22 as a refrigerant will be working on recycled or reclaimed substances. This is actually a form of damage control: through reclaiming and recycling, the authorities are trying to make sure the same amounts of this pollutant gas will be able to service the existing equipment for a longer time.

At the moment, the Environment Protection Agency of the U.S. government is diligently reviewing alternatives to R-22, as well as to all other HCFCs and pollutants. The point is to identify those which are least harmful to the environment. There’s a whole list of R-22 alternatives for light commercial and household A/C equipment on the agency’s website, which you can browse here. One such alternative is R-410A (commercially known as Genetron AZ-20, SUVA 410A, Forane 410A, or Puron), which mixes non-ozone depleting HFCs. This substance, however, is also a greenhouse gas. Also, the U.S. is looking at Europe and trying to follow in its footsteps. Back on the old continent, an increasing number of new residential A/C systems are using R-407C as AC refrigerant. For the time being, R-407C cooled air conditioning systems are not available in the United States, but the EPA has included the substance on its list of viable alternatives. Hopefully, as the EPA completes more and more research, the aforementioned list will continue to grow, in order to include more largely available substances.

As of this writing, the Environment Protection Agency does not require household users to switch to A/C units which don’t use R-22 or other types of substances that have been found to contribute to ozone depletion. However, the more environmentally-minded household owners out there might want to make the switch of their own free will. As such, it’s important for them to know that not all substances approved by the EPA as substitutes for R-22 can be safely used for retrofitting. R-407C is ok to use, but R-410A is not, because it works at different, higher levels of pressure.

What further complicates the situation is that these newer substances may also require the use of new parts and components for your AC system. Simply replacing the AC Freon gas won’t cut it, as, in most cases, the substance would fail to properly cool the equipment. This is why most HVAC technicians will opt for R-22 recharges, or for recycling / reclaiming it. It’s also important to bear in mind that propane is not approved by the EPA as a refrigerant, since it’s flammable and hence a safety hazard.