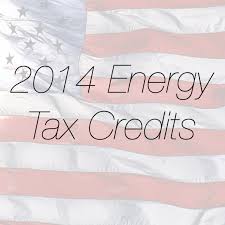 February 26 was a watershed moment for the federal historic tax credit and the campaign to save it. On that day, Dave Camp (R-Mich.), chairman of the House Ways & Means Committee, released a discussion draft of his vision for a comprehensive tax that would eliminate the federal historic tax credit. The House Ways and Means Committee Chairperson released draft legislation, the Tax Reform Act of 2014, proposing a wide variety of changes to America’s tax system.
Residential Energy Efficient Property Credit – Proposed Repeal
The tax credit for energy-efficient property is for homeowners who install solar panels, solar-powered water heaters, geothermal heat pumps, small wind energy systems, and fuel cells in their home. This credit is worth 30% of the cost of the equipment, including any labor expenses to install the equipment. This tax credit is currently scheduled to expire at the end of 2016. The Tax Reform Act proposes to repeal the Residential Energy Efficient Property Credit beginning with year 2015. This would increase tax revenues by $2.3 billion over 2014-2023, according to estimates provided by the Joint Committee on Taxation.
Repealing Expired Tax Credits
The Tax Reform Act proposes to repeal the following tax credits that have already expired by the end of 2014. Repealing these tax credits would neither increase nor decrease tax revenues for the Federal Government. These tax credits are as follows:
• Nonbusiness Energy Credit
• Credit for electric vehicles
• Credit for alternative motor vehicles (such as fuel cell vehicles, hybrid vehicles, advanced lean burn technology vehicles, and other alternative fuel vehicles)
• Credit for Alternative Fuel Vehicle Refueling Property
• Health coverage tax credit
• First-time homebuyer tax credit
The Ways and Means Committee did not offer any reasons for why these tax credits should be repealed.
House Tax Proposal Alters Biofuel, Bioenergy Tax Credits
Section 3202 of the bill would repeal credits associated with biodiesel and renewable diesel. The biodiesel fuel-mixture credit, the biodiesel credit and the small agri-biodiesel producer credit, all of which expired at the end of 2013, would be repealed.
Tax credits benefiting the bioenergy sector would also be impacted by the proposal. According to a bill summary released by the House Ways and Means Committee, Section 3206 of the bill would phase out and eventually repeal the credit for electricity produced from certain renewable resources, including closed-loop biomass and open-loop biomass. Under current law, the production tax credit (PTC) is 1.5 cents per kWh, indexed for information. The summary said the amount of the credit was generally 2.3 cents per kWh in 2013. Under Section 3206 of the draft bill, the inflation adjustment of the PTC would be repealed, revering the PTC amount back to 1.5 cents per kWh. The credit would be repealed in 2024.
The National Trust Response
The National Trust and its partners in preservation and allied fields have been working hard to raise awareness of the threat to the historic tax credit posed by Congressional tax reform. These events served as an affirmation that this work is more important than ever.
While Chairman Camp’s discussion draft is unlikely to reach the President’s desk, his proposal to repeal the historic tax credit represents an unprecedented threat to the program. The Chairman’s proposal for comprehensively reforming the tax code very easily could, for example, serve as a basis for future tax reform efforts. The National Trust joined the Historic Tax Credit Coalition and Rep. Earl Blumenauer (D-Ore.) in immediately responding to the plan, calling for the survival of the historic tax credit in a reformed tax code.